The philosopher Michel Foucault, in his text “The writing of the self” (1992), presents a brief reflection on this, tracing a history of its development and presenting some of its main means of realization. Foucault states that self-writing softens the dangers of solitude, as it allows a new way of seeing what has been seen or thought. Furthermore, it points out that the fact of forcing oneself to write about what one is feeling or thinking plays the role of a companion for the one who writes.

For the French philosopher, correspondence and notebooks are the main examples of this writing that works as an outburst for the writer. Therefore, the notebook, diary, correspondence or any other way of recording thoughts, actions and feelings will work for the solitary writer as the creation of a confidant, which allows him to vent and narrate facts that are both subjective and collective. This seems to be the case with the text

“History of the Kraus Family of Columbia City, Indiana,” by Mr. Eugene Kraus, which we found in the online archives of the Indiana Historical society. Written in the letter genre, Mr. Eugene Kraus’ text mentions a recollection of family history.

The autobiographical letter written by Mr. Kraus marks his eightieth year as a starting point, the day on which he writes his life story. It is worth noting that the narrator’s 80th birthday indicates a balance of life, considering that turning 80 is an important milestone, since life expectancy in the 1980s, even in a developed country such as the United States of America, was about, in general, 75 years old:

As I approach my eighntieth birthday, I want to record the history of the Kraus family, which is mentioned in the history of the Jewish residents of Columbia City written by my good friend, Abe Strouse. Perhaps our family was typical of the Germain Jews who came here in the 1850s, who sank their roots into the American way of life, and whose children and grandchildren have been educated and have prospered.

As I write this, I realize that the Jewish population in the small Indiana Communities is disappearing. The older generation of German Jewish people are long gone, but I remember them as hard-working citizens who were devoted to their families. In Columbia City, as well as in other communities, people of our faith gained the respect of their gentile neighbors. They contributed to the growth of each community whenever given the opportunity to work with others.

My grandfather, Leopold Krau, was born in Geisen, Germany in 1841 and came to America in or about 1858. This was the period when thousands of German Jews were comin to this country to seek religious, economic, and political freedom. By 1858, when Grandfather Kraus came to Columbia City, there were already a handful of Jewish people in the town. He spent his life buying and selling garin and wool, and died in 1931at the age of ninety. Leopold Karus is buried in the Lindenwood Cemetery in Fort Wayne in the sectionowned by the Achduth Vesholom Congregation.

My grandmother, Amelia Kraus, also came from Germany. She was the mother of six children, one of whom died in infancy. My father, Max, was the eldest child. The other children were Hannah, Nettie,  Elsie and Samuel.

Hannah Kraus, the oldest daughter, was married to Moses Apfelbaum. Because they were cousins, they could not be married in Indiana. The marriage was performed in Michigan.

My father, Max, was born in 1864, and married Julia Wetstein, a native of Cincinnati. She was an accomplished pianist and organist. Mother was born in 1873, and died in 1950 at the age of senventyseven.

For many years, my father was in partnership with Moses Apfelbaum, and the firm of Kraus and Apfelbaum traded in grain, wool, furs, and apples.

Kraus and Apfelbaum also had a grocery store in downtown Columbia City. Among their  good customers were Mr. and Mrs. Thomas Marshall, whose hoem was nest door to ours. Father was a goog friend of Mr. Marshall, whose  became the governor of Indiana. In 1912,  father attended the Democratic National Convention in Baltimore, where Marshall was nominated for the vice presidency of the United States. He was elected, and served as vice president from 1913 to 1921 under the presidency of Woodrow Wilson.

Writing about the Marshalls reminds me that, because there was no Jewish Sunday Schhol in Columbia City, I attended the Presbyterian Sunday School, where Mrs. Thomas Marshall was  my teacher.

In the fragment quoted above, we can see that the narrator makes the past present, for example, by stating that his family was typically Jewish of German origin, who had gone in search of the American way of life, an expression that appeared only in the period between wars, that is, a period after the arrival of their grandparents, but which in the 1980s was still widely used to characterize prosperity and consumerism in North American society. What Mr. Kraus expressed in these paragraphs goes far beyond an individual memory, that is, it reveals to us a collective memory of Jewish immigration of German origin that took place in the nineteenth century in large numbers due to the German economic crisis, in the period after the Napoleonic wars.

Shari Rabin (2019), in her book Jews on the frontier: religion and mobility in Nineteenth-Century America, presents an extensive historiographical work on Jewish immigration to the United States and how the experiences of these Jews who settled there were configured. According to the author, there was a “spirit of mobility”, since in the United States Jews were not subject to strict norms as in Central Europe and were part of the expansion project of the American Midwest and West, contributing to the ethics of hard work, when exploring territories, establishing manufactures, commerce and companies, which is explicit in Mr Kraus’s text, as in the excerpt “The older generation of German Jewish people are long gone, but I remember them as hard-working citizens. ” The disappearance of the old generation of German Jews in Indiana, as mentioned by the narrator, characterizes a phenomenon of loss of a cultural identity of a group either because of the Second World War, a period in which Germans and Jews suffered prejudice and discrimination, or because of emergence of new generations that are no longer present in the traditional spaces of Jewish communities in the interior of the United States. 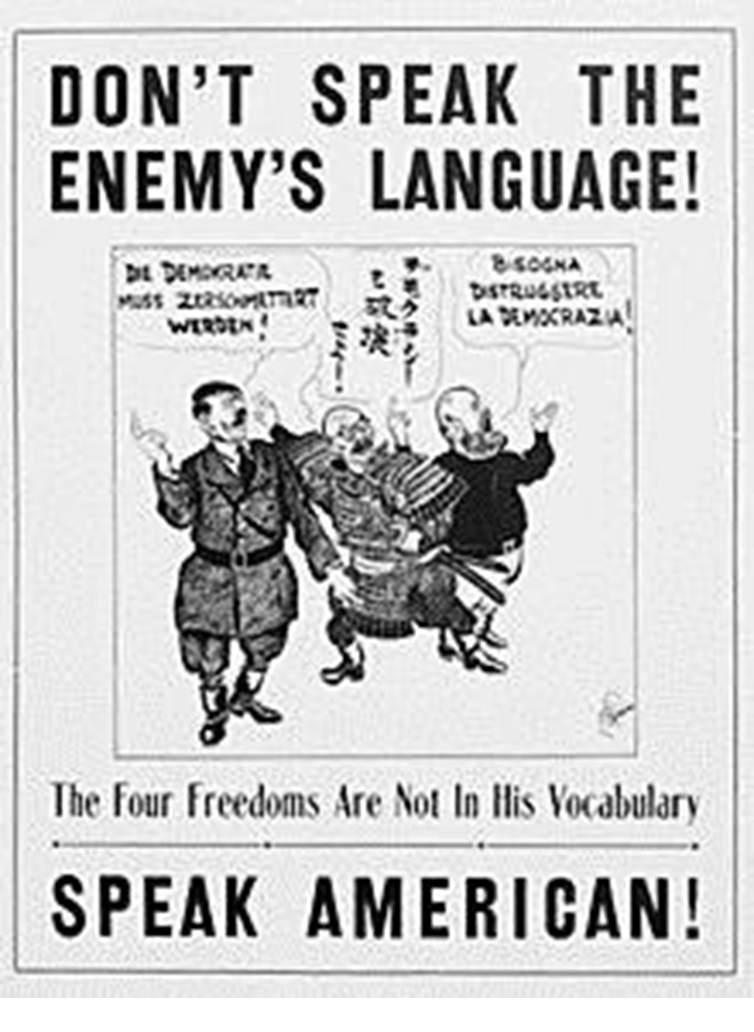 Other important elements in the confessional report of Eugene Kraus concern the arrival of his grandfather Leopold Kraus, at the age of 17, and the details of the association and friendship relations between the Jewish community, both with the marriage between cousins, as well as in the cooperativism in the family business. Furthermore, the mention of her parents’ friendship with Mr. Marshall, an important politician in the country and the political position of the family, that is, they supported the Democratic Party, which reveals the progressivism of the family, as well as the social and power relations.

Further on, Eugene Kraus narrates about his first and second marriages. As everything indicates in her text, the names of the wives do not mention Jewish names and in fact both were not Jewish women. Eugene Kraus had only one child with his first wife and does not reveal details of his love life, which seems to express his practical sense and sticking to the narrative sphere of the Jewish family in Indiana, confirming the postulate that memory is always selective. Kraus studied at a Presbyterian and Lutheran school, had Jewish and non-Jewish friends, his family spoke English, but at home they communicated in German, which reveals the need to maintain a bond with the homeland -mother Germany and also its bond with Jewish culture was maintained:

My Family has been affliated with Achduth Vesholom Congregation for about one hundred years, I am one of the oldest living members of congregation, which was founded in 1848 as the first Jewish congregation in Indiana.

Perhaps there is nothing unusual in the story which I have  told. As I reflect on my life and the life of my and the life of my family in Columbia City. I realize that it is important to record and remember how our parents and grandparents lived. They came here to establish new lives and the. Themselves and their offspring. They worked hard and lived honorably. They developed a love for our country which they handed down to their children They lived at a time when our country was growing. Life was nor easy for them, but the rewards were great. Without exception, thei encouraged the children to obtain good educations. More importantly, they continued to embrace the Jewish religion, although living in a Christian society.

The last paragraph of Eugene Kraus’s memoirs shows us that the generation that preceded him remained convinced of religion despite living in a diverse society. As Rabin (2019) pointed out, the mobility of these immigrants in American territory was expressed in a dense relationship between Judaism and the North American lifestyle, because, although they lived in Jewish boarding houses and Jewish neighborhoods, they married non-Jewish women, but continued to assert a Jewish identity and this seems to be the case with Mr. Kraus, who awakened to the importance and need to record the memory of the Jewish family in Indiana, through a “selfwriting”, so that the history of this family is not lost. In fact, if it weren’t for this text written by Mr. Kraus at his friend’s request to compose the book about Jewish immigration in Columbia, we wouldn’t be here rereading an exemplary narrative of a people who helped build the prosperous country – the United States of America. Foucault, in his postulate about self-writing, points us to the function of writing as one of the ways to avoid loneliness and death, as the text perpetuates a life narrative and frees it from death.

A Inclusão e a Escola Democrática 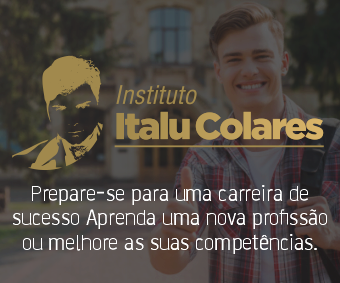